The Civil Rights Summit, a bipartisan event held April 8-10, 2014, at the LBJ Presidential Library in Austin, Texas, brought civil rights icons, activists and past presidents together to celebrate 50 years of Civil Rights in America.

With guest speaking sessions from past Presidents Carter, Clinton and Bush Jr., and a keynote address by President Barack Obama, the Summit reflected on the struggle for civil rights taking place in the 1960s which culminated in the signing of the Civil Rights Act of 1964, the 1965 Voting Rights Act and the 1968 Fair Housing Act by President Lyndon Baines Johnson.

For some, this event was a celebration of major accomplishments made by our nation’s 36th President, while others used it as a platform to discuss change needed for the future of our society. However, one fact that became apparent through ECPR’s involvement with this event: if it wasn’t for social media, the true impact of the summit would be limited to just those fortunate enough to witness it first-hand.

In the weeks leading up to the Civil Rights Summit, the ECPR team stepped in to handle the final planning and coordination, working closely with the LBJ Library, LBJ Foundation, The University of Texas at Austin, selected vendors and local and national media outlets to gain exposure for this momentous occasion. Social media was the megaphone for the voices echoing the slogan of civil rights activists: “We Shall Overcome.”

Much of our social media strategy involved publicizing the events, highlighting the key aspects of what was going on and encouraging others to join in on the conversation. We utilized the hashtag #CivilRightsSummit, which trended throughout all social media channels and served as the digital breadcrumb leading to the www.civilrightssummit.org homepage where our friends at Google provided the only live-streaming coverage.

Participation on ECPR social channels was at an all-time high when the focus turned to President Jimmy Carter who was interviewed by ECPR President and the President of the LBJ Foundation, Elizabeth Christian.

Here are a few examples how we kept the conversation going during the Summit:

We posted daily on Facebook, with a special focus on our own contributions to the Summit.

We also installed a Facebook Tab which hosted the Summit’s Livestream on our page: 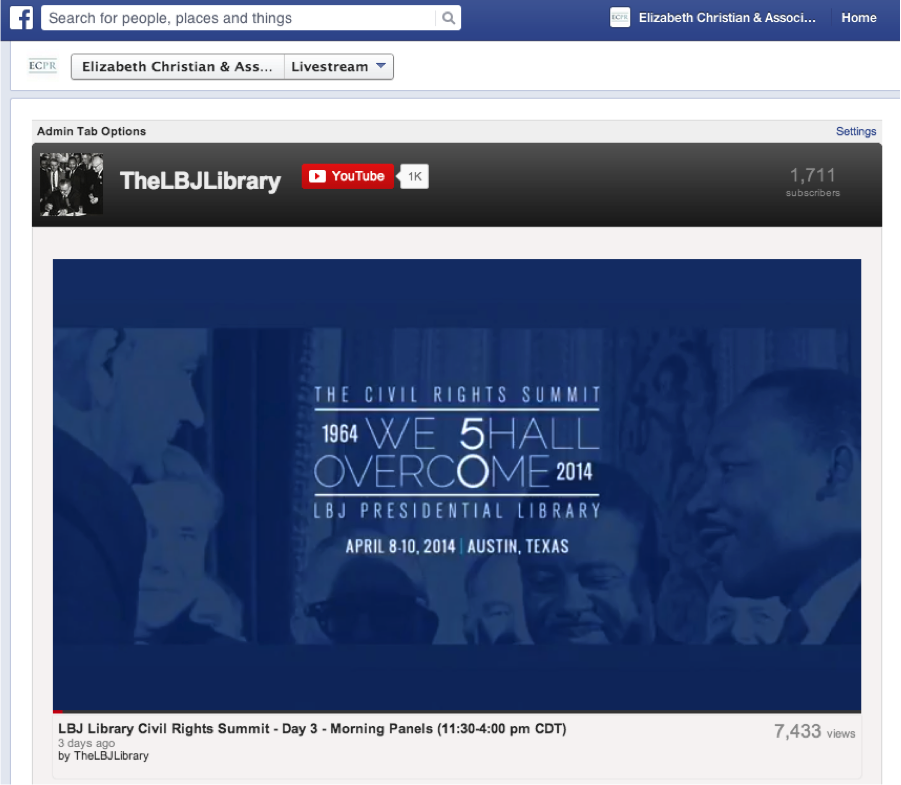 On Twitter, we both posted and engaged with followers about #CivilRightsSummit: 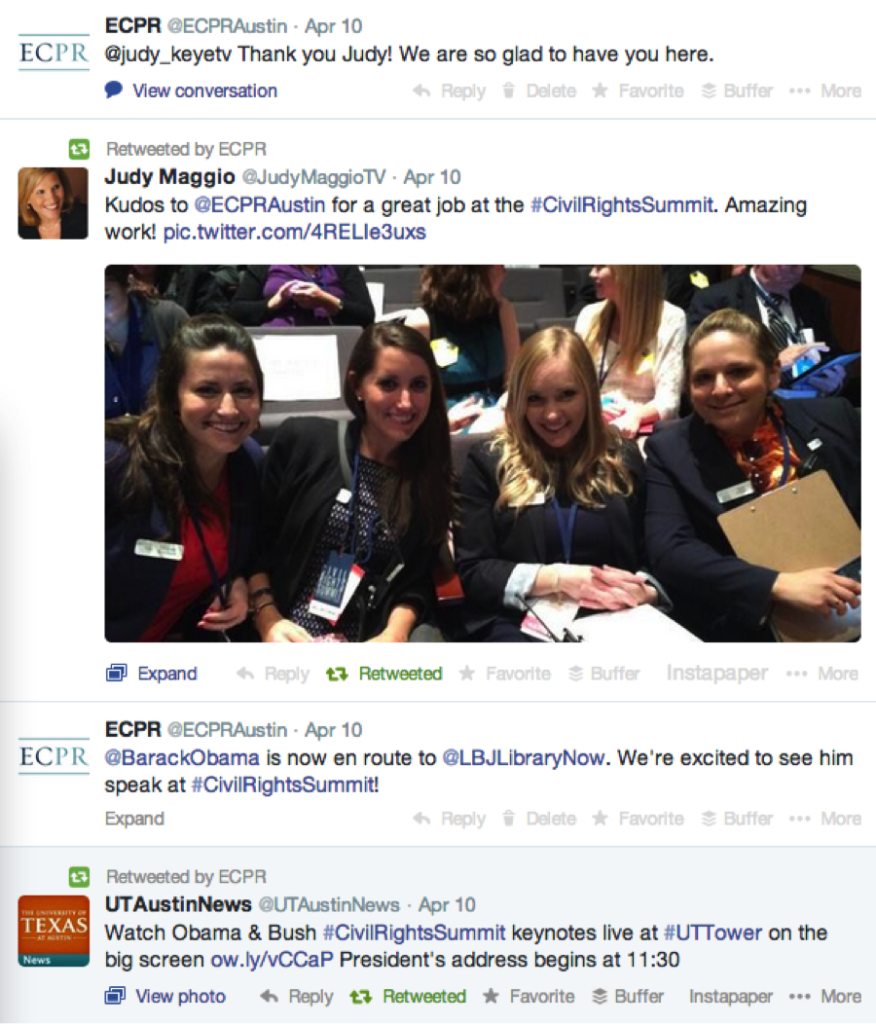 On Instagram, we posted key moments and updates from the staff as they happened:

On Pinterest, we created a #CivilRightsSummit board to showcase historic photography and Livestream recordings: 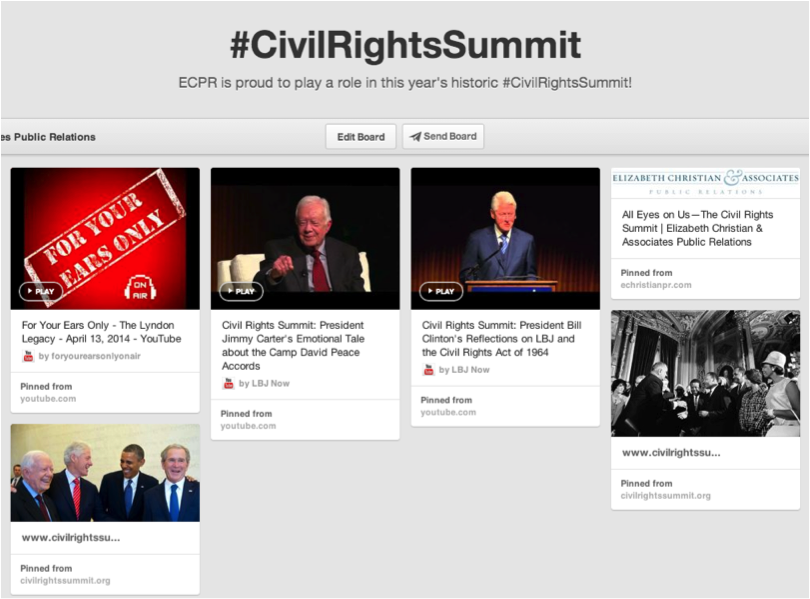 Social Media’s impact is widespread and far-reaching. It is the perfect tool for any event, but for the Civil Rights Summit its power illustrates the changes it can bring for the times to come.