On Aug. 22, 2014, ECPR client Concordia University Texas hosted the “kick-off to gala season”—the eighth annual Excellence in Leadership Gala, which honors a strong Christian leader in the community, at the Four Seasons Hotel in Austin.

This year’s honoree was especially noteworthy because it was Concordia University Texas immediate past president, Dr. Tom Cedel, who retired this August after more than 12 years with the university.

ECPR is skilled in coordinating and executing full-scale events, but we knew this year it was incredibly important to pull off this night without a hitch in order to honor Dr. Cedel and his immeasurable contributions to the University.

Since Concordia University Texas became an ECPR client more than seven years ago, we have watched them grow in almost every aspect—increased student enrollment, additional academic degrees, developing the athletic programs, creating a presence in Austin’s influential circle and moving the campus so that it increased in size from just 23 acres to more than 389 acres—all under Dr. Cedel’s leadership.

ECPR and Concordia University Texas’ internal team worked together for months to ensure the success of the night. We were able to deliver sold-out evening with a few surprises in store for Dr. Cedel, including the naming of “Building C” to “Cedel Hall.”

Our job as PR professionals was not complete by just securing a great emcee, drafting the script, planning the run-of-show and making sure the seating arrangements made sense, but we also made sure to get media coverage from Austin’s most-read society publications and blogs for pre and post-event coverage.

All in all, it was the most successful gala to date! Concordia University Texas raised thousands of dollars for their scholarship fund, as well as they were able to give Dr. Cedel the honor he deserved. ECPR was proud to be a part of the night, and we wish Dr. Cedel and his wife Penny all the best! 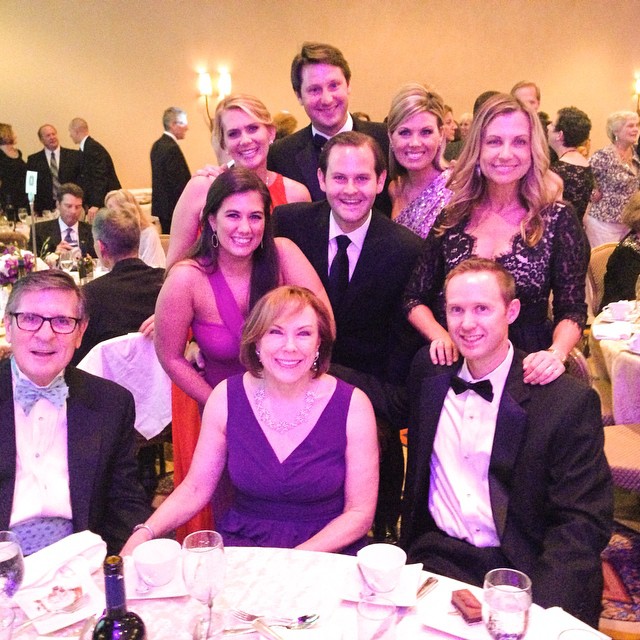