As I look back on the last 2 1/2 years, it’s incredible to see how our local campaign to bring Major League Soccer to Austin grew into a full-fledged major league sports team (the first in Austin), and one complete with pyrotechnics, famous celebrity owners and all the fanfare that accompanies pro sports in America. 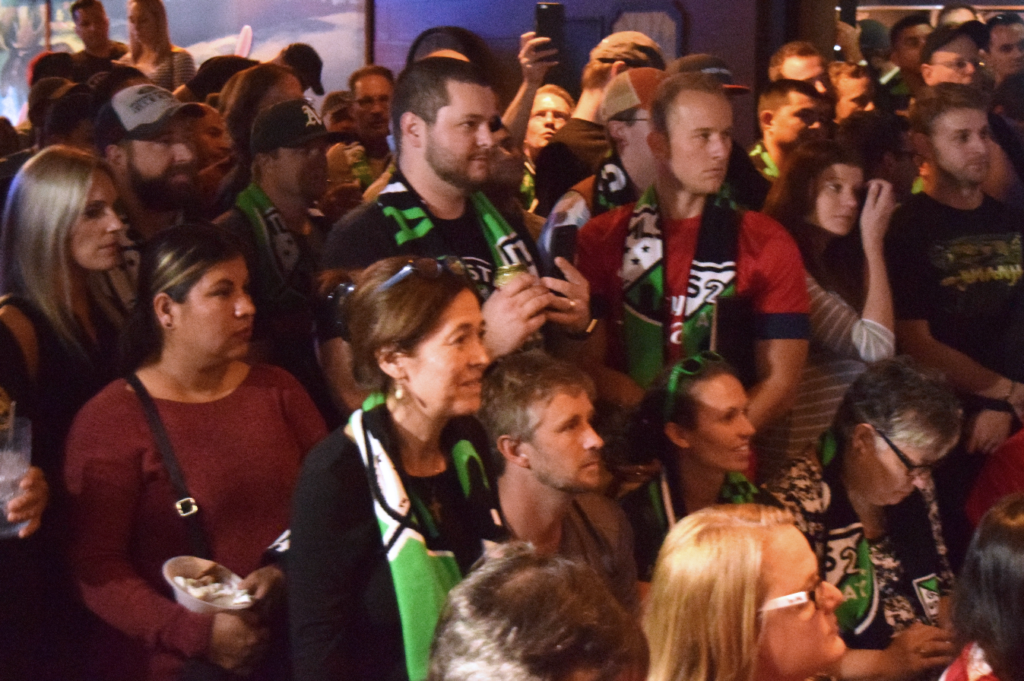 Watching MLS2ATX grow into Austin FC will always rank as a highlight of my career. I’m honored to have contributed to what I know will be a staple in Austin for years to come (still hoping for the Lia Truitt Queso Fountain). Taking a look back, here are my top 11 moments.

In the months leading up to the October 2017 announcement, a group of Austinites came together under the name BAT (Be Austin’s Team). This group consisted of attorneys and lobbyists, as well as engineers, land developers, public relations pros, real estate experts and more. We were all excited about the opportunity to bring something new to Austin. On a warm day in September 2017, MLS2ATX was birthed, and the real work to show our community what Major League Soccer could do for our city began.

Although the timing of the MLS2ATX announcement changed in the eleventh hour thanks to a reporter in Columbus, we revealed on Oct. 17 that Anthony Precourt was exploring the possibility of bringing an MLS team to Austin. The next day, ECPR introduced Anthony to Austin as he and Dave Greeley, president of Precourt Sports Ventures (now Two Oak Ventures), did media interviews with every media outlet in the region.

Throughout 2017 and 2018, ECPR and other Team BAT partners worked to introduce MLS2ATX to everyone in the Austin community—residents, business leaders, nonprofits, soccer organizations and more. What started as informational events at soccer-centric bars like Haymaker morphed into a formal process involving the city, with 11 open community engagement meetings. This process took us from community centers to clinics in every corner of Austin. The input and trust-building were invaluable to the process.

that lasted until the middle of the night, and supporters stayed! Throughout the course of MLS2ATX, the Austin City Council took eight votes. Supporters showed up to explain to our city leaders why this would benefit our community. While the big vote was the decisive moment with council members, there were many critical conversations that played out at Austin City Hall that resulted in what many call the best public-private partnership in MLS history.

At ECPR, media relations is our bread-and-butter. We are proud to secure consistent, prominent coverage for our clients. MLS2ATX and Austin FC were no exception. We curated a list of over 100 local, national, international and soccer-centric outlets and journalists. All in all, we garnered more than 2,000 media hits with national outlets like ESPN and the Associated Press, as well as every media outlet in town—with the Austin American-Statesman even creating a specific “soccer beat.” 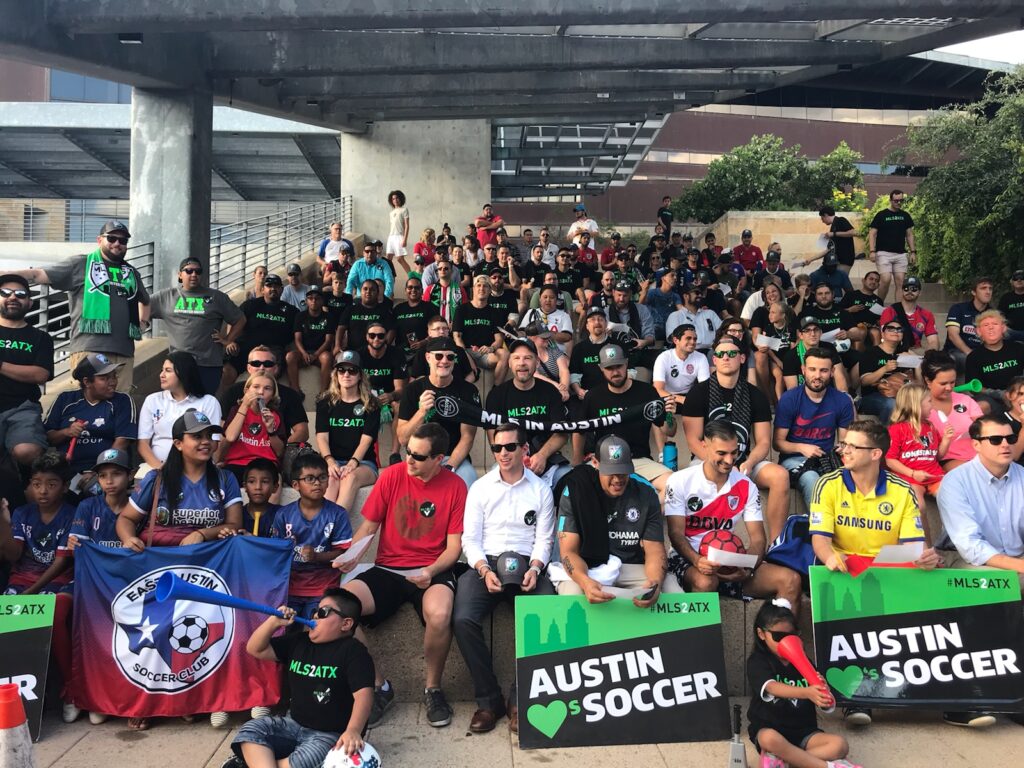 After more than seven votes and a handful of additional presentations to city council, we received the 7-4 vote on Aug. 15 that allowed Precourt Sports Ventures to enter into a stadium lease agreement with the City of Austin. Sometimes in public relations, it can be hard to measure success. You can get all the news coverage in the world, but another metric may matter more to a client. There was no denying the win here. Everything that our team, our client and our community had worked for was coming to fruition. 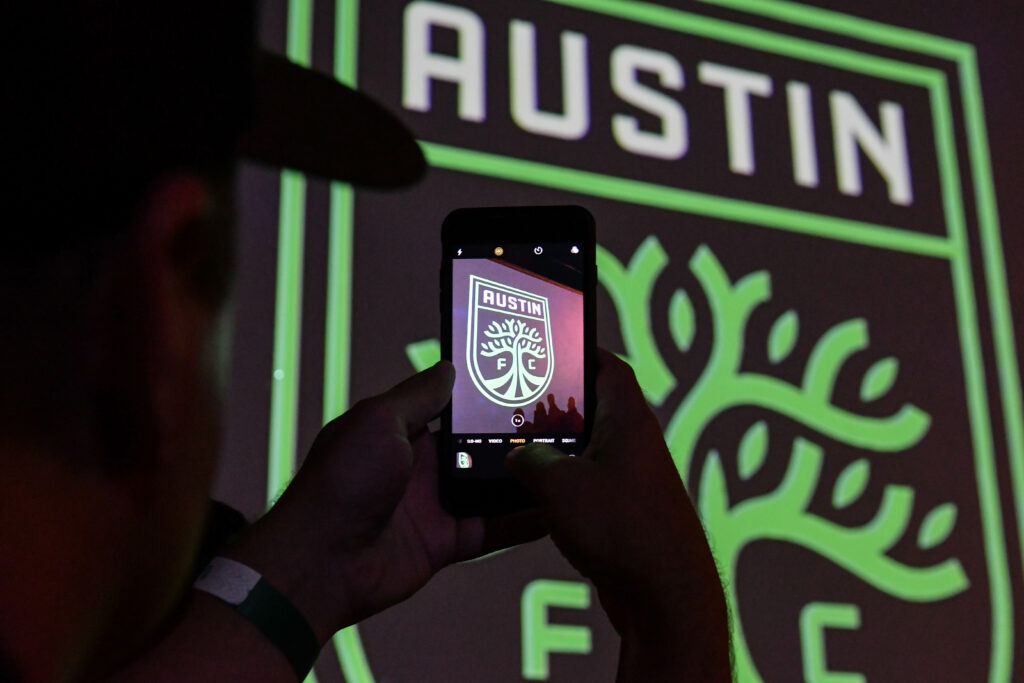 After the vote, it was time to party. Or for ECPR, it was time to plan a party. The reveal of Austin FC on Aug. 23 was a night to remember. ECPR worked with Austin-based creative firm The Butler Bros. to create an unforgettable reveal complete with confetti cannons, pyrotechnics, live music and the first-ever Austin FC swag. 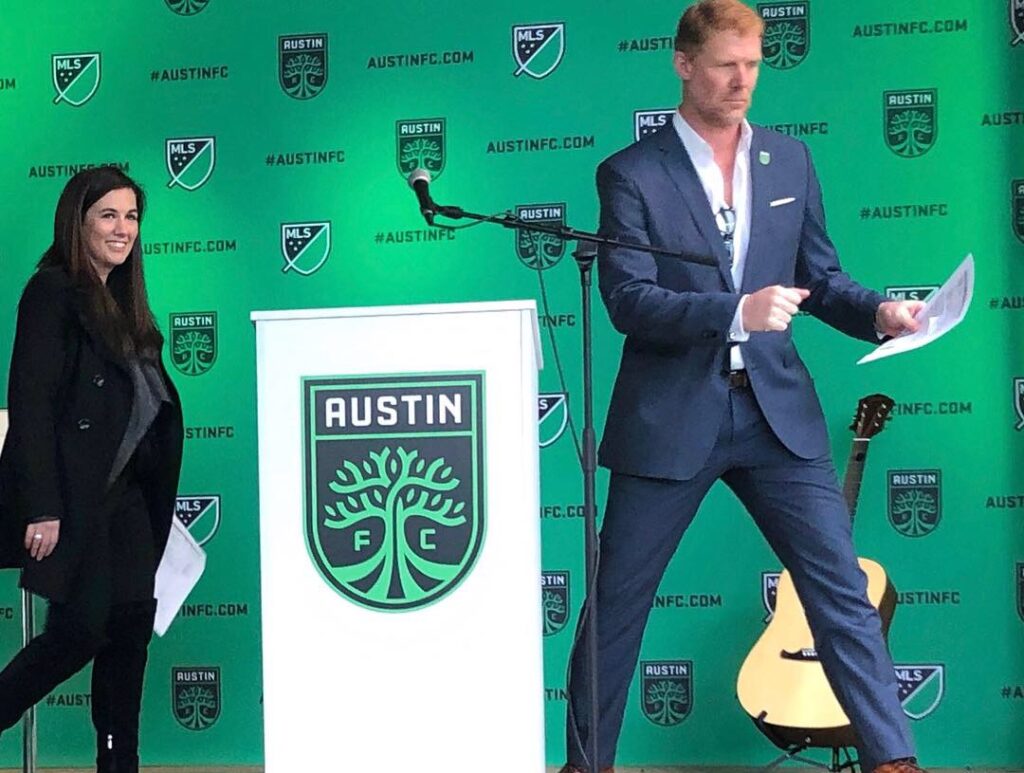 In addition to event planning and execution, ECPR handled all media relations, with assistance from MLS. Watching Commissioner Garber declare Austin FC the newest MLS team was unforgettable. Even more unforgettable—Alexi jamming out to the crowd with his guitar. 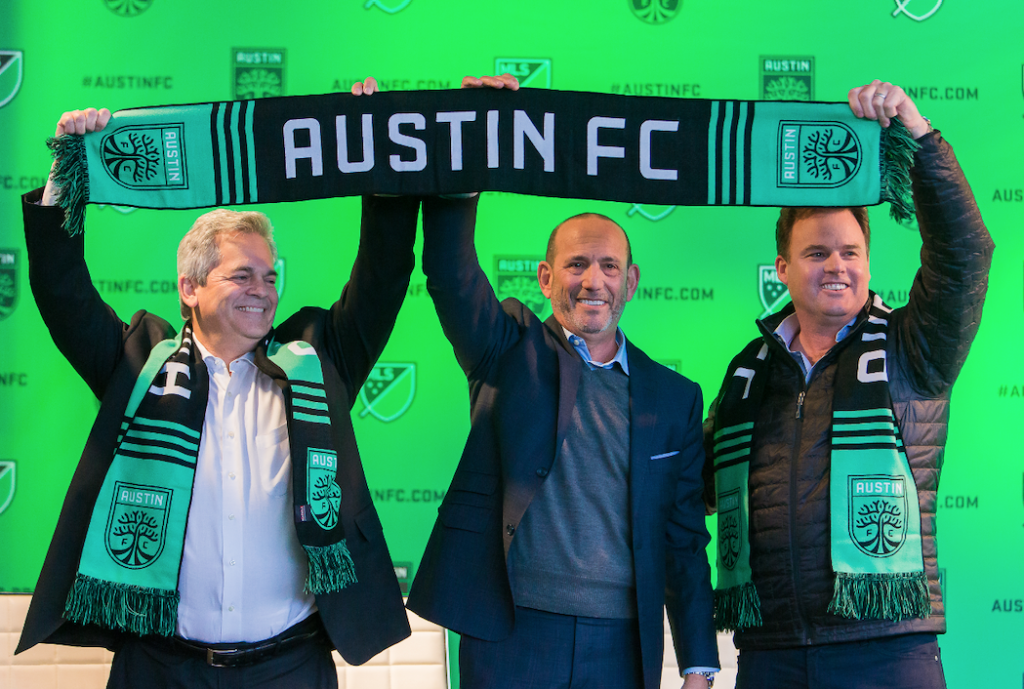 ECPR was thrilled to work on the announcement that longtime client, St. David’s HealthCare, would not only be the first founding partner and official healthcare sponsor, but also the training partner with naming rights to the training facility—the St. David’s Performance Center. 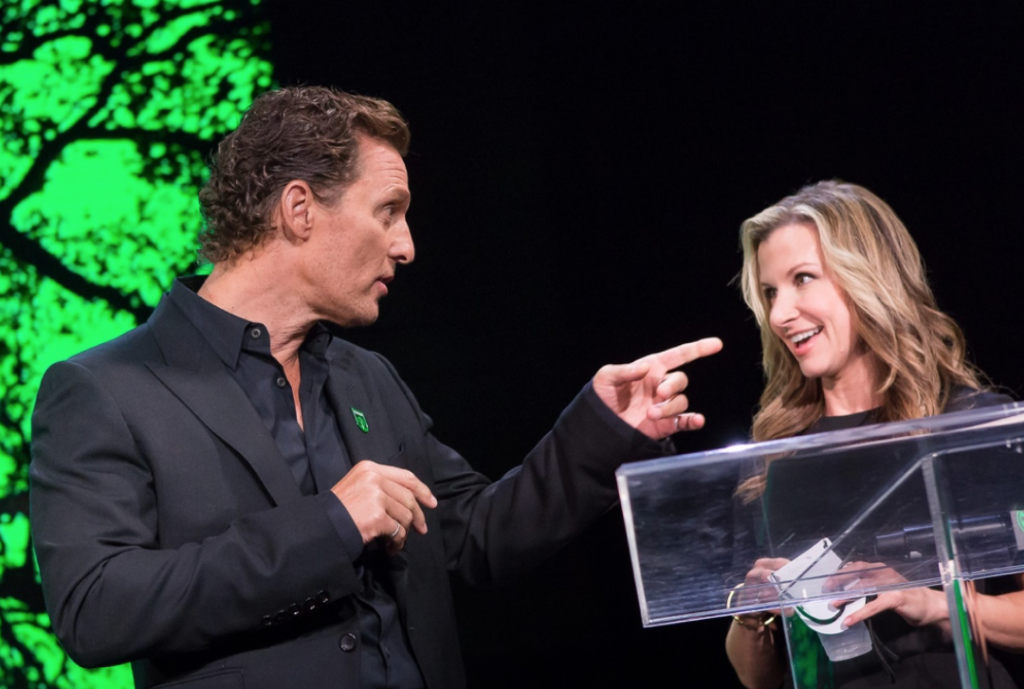 In August, Austin FC welcomed four new minority owner/investors, including its new Minister of Culture Matthew McConaughey at the Investor Partner Announcement. He and each of the investors were gracious and ready for anything. A little soccer juggling even broke out on stage. ECPR President Kristin Marcum was honored to emcee the event. I may be biased, but I think she killed it! 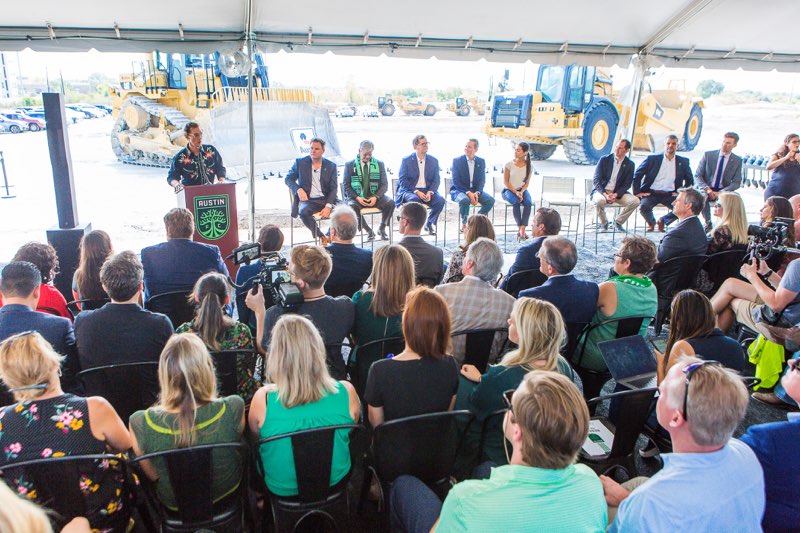 On Sept. 9, 2019, more than two years after we first started to work on this project, it was time to plant Austin FC’s roots. With team owners, city and state officials, sponsors, media and Austin Anthem supporters, pronouncements were made, hard hats were donned and dirt was officially turned. Austin FC started to build its home. 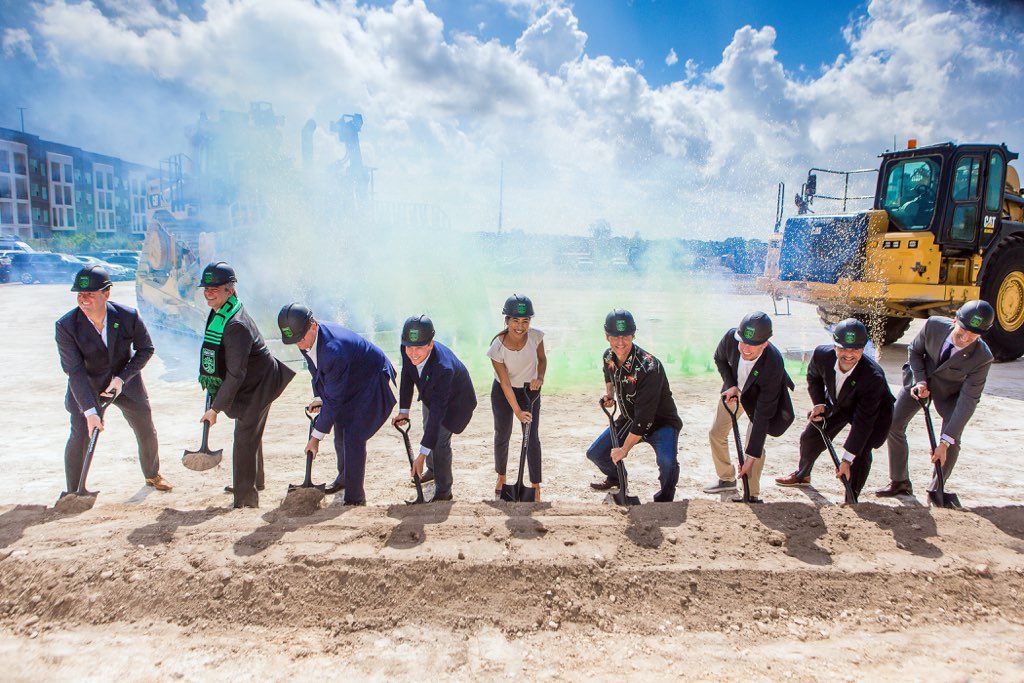 There were many other major moments, including surprise merch drops around the city and the unveiling of the Austin FC Academy (to name a few), and there will be many more to come as Austin FC works toward its first home game in spring 2021. I am honored to be a small part of Austin FC’s roots and look forward to watching the Club grow into a source of Austin pride. 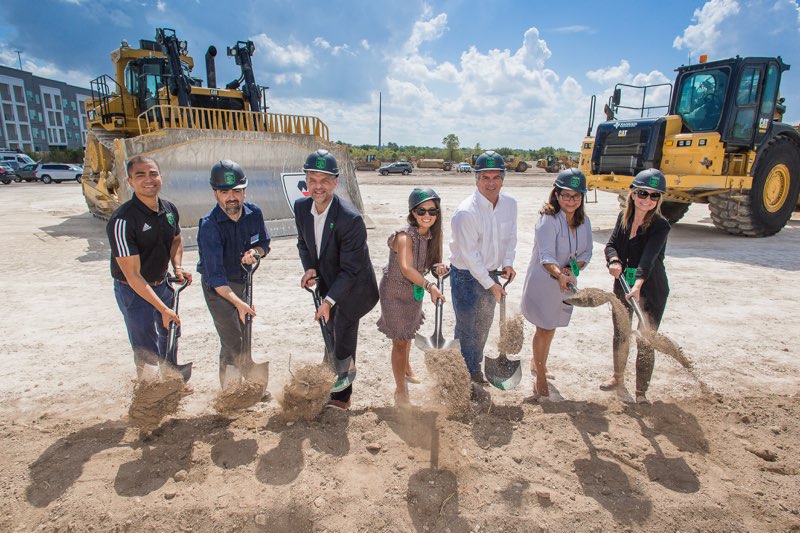 Lia Truitt is a vice president with ECPR.