“If you’re not on the pitch, you’re on the bench.”

It’s an adaptation of a favorite phrase about being at the table or on the menu. Founding and running Elizabeth Christian Public Relations has shown this to be true for clients time and again. This was definitely the case for what it took for one of our most high-profile campaigns: helping to bring Major League Soccer to Austin.

Long before Austin FC became a reality, before season tickets sold out in record time and before Los Verdes grew to hundreds of supporters, having a Major League Soccer club in Austin was just a dream. It took years of strategy, planning, communications and community collaboration, and my team was honored to be a part of the bigger team that helped make our city’s first major league franchise a reality. Here’s how we did it. 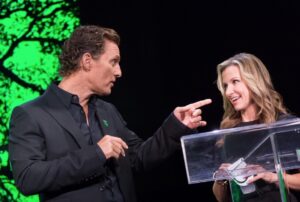 for years. It’s a day I knew would happen and thought would never happen at the same time. For the team at ECPR, the MLS2ATX journey started with a meeting with a potential new client almost four years ago to the day.

Read on for reflections from ECPR President Kristin Marcum

“As I look back, it’s incredible to see how our local campaign to bring Major 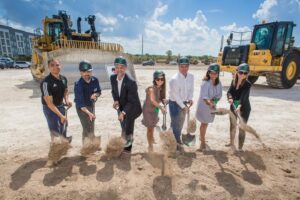 League Soccer to Austin grew into a full-fledged major league sports team (the first in Austin), and one complete with pyrotechnics, famous celebrity owners and all the fanfare that accompanies pro sports in America. Watching MLS2ATX grow into Austin FC will always rank as a highlight of my career. I’m honored to have contributed to what I know will be a staple in Austin for years to come (still hoping for the Lia Truitt Queso Fountain). Taking a look back, here are my top 11 moments.”

“The stories of social media causing a crisis can be found anywhere. We’ve all 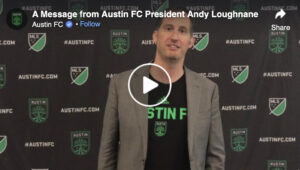 heard about interns using the wrong account to send a tweet or a business that posts an inappropriate response to an online review. But did you know that social media can be critical to help solve a crisis as well? For an entire week, Austinites counted down until 10 a.m. on June 12, 2019, for the chance to place their season ticket deposits for Austin FC’s inaugural season. But just five minutes before deposits became available, the team’s website crashed.”

ECPR works with the winners in each sector locally, statewide and nationally. When you’re ready to build your team for a winning strategy, let us know.