ART X AMPLIFY will contribute to the online giving initiative with the sale of art by Tim Wakefield—a local artist who takes the digital soundwaves from a song’s studio recording and transforms them into art by digitally manipulating and coloring the image based on his interpretation of the song’s meaning, tempo and emotion. This initiative features the sale of a print created by Wakefield based on a recording of Stevie Ray Vaughan and Double Trouble’s hit song, Texas Flood.

The press conference, which was held at music haunt The Continental Club on South Congress, featured Tom Spencer, ILHIGH executive director; Tim Wakefield, a local artist; and Double Trouble members Chris Layton, Tommy Shannon and Reese Wynans. Prints are available now through April 18 (ILiveHereIGiveHere.org/Art) when the band is inducted into the Rock and Roll Hall of Fame.

I had the great pleasure to represent ILHIGH last year during the second annual Amplify Austin event (which raised $5.7 million for more than 500 Central Texas nonprofits in 24 hours), so it was especially meaningful for me to take part in this announcement. Stevie Ray Vaughan and Double Trouble have a long-standing history in Austin, and ILHIGH’s aim is to better the city of Austin by boosting local nonprofits—so it just made sense to bring the two together. Here are a few photos from the press conference. 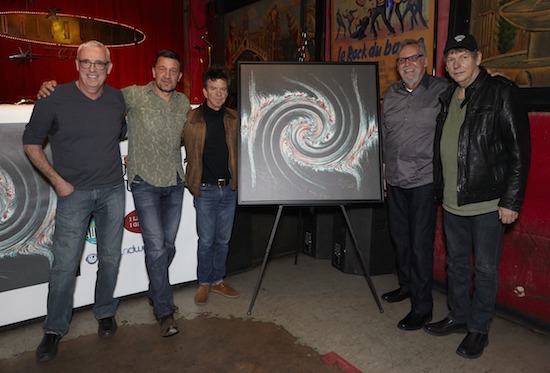 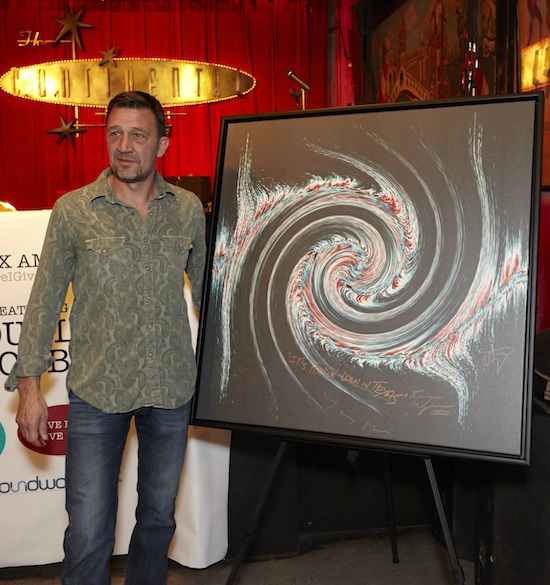 The third annual Amplify Austin event begins at 6 p.m. on Thursday, March 5, 2015 and ends at 6 p.m. on Friday, March 6, 2015. The goal is to raise $7 million in 2015 for more than 500 nonprofits across seven Central Texas counties, including Travis, Hays, Williamson, Burnet, Bastrop, Caldwell and Blanco Counties.

I’ll be back again soon with another post to wrap up this exciting event!